About Stoicism: A Brief Introduction 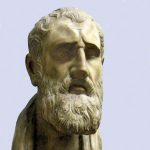 Founded by Zeno of Citium (left) around 300 BC in Athens, who lectured at the Painted Stoa in Athens (above), Stoicism developed into the most successful and widespread philosophy of Hellenistic times.

Drawing on the Socratic tradition that “the unexamined life is not worth living,” and that living well through virtue is the highest good, Stoicism was a highly pragmatic philosophy that emphasized the values of wisdom, courage, moderation, and justice to live the best possible life. This, according to Zeno, led to a tranquil and “smoothly flowing life.”

Stoicism also drew upon the Socratic idea that practical philosophy is a kind of therapy or medicine for the mind and soul.

In Stoicism, philosophy is used reduce human suffering, and negative emotions like extreme anger and worry, so that positive emotions like love, affection, and joy, can take their place. Classical Stoicism also placed a major emphasis on contributing to the common good of society as a whole.

While Zeno was followed by other Stoic philosophers in Athens, unfortunately, most of their writings were lost and only have come down to us in quotations and fragments.

This brings us to the three major Roman Stoics, whose major works have come down to us. 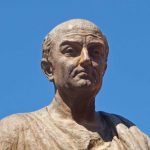 Seneca (c. 4 BC–65 AD), born of an equestrian family in Spain, was an advisor to the Roman Emperor Nero, and became one of the wealthiest men in the Roman Empire. That doesn’t mean that his life was free from adversity, however: His only son died when he was a baby (a common occurrence); Caligula wanted him put to death, just because he didn’t like him; Claudius had him exiled to the island of Corsica for eight years, on trumped up charges (as an alternative to having him killed); and he was called back to Rome, but only under the condition that he would become a tutor to the young Nero.

Seneca did return to Rome, where he may have helped to administer the Empire for some years, but his efforts to help Nero to develop a good character did not turn out well. In the end, Nero had many who surrounded him killed, including Nero’s brother, his mother, and Seneca too, when Seneca was an old man, not to mention dozens of others.

Despite these unhappy developments, Seneca’s extensive writings remain a treasure trove of practical, Stoic wisdom. These writings include his Moral Essays and his famous collection of Letters to his friend Lucilius.

What makes Seneca unique is that he was a keen proto-psychologist, deeply interested in human emotion and the human condition, including the psychology of excess consumerism, which he was surrounded with in Rome.

In practical terms, Seneca wrote works on how to overcome worry to achieve inner tranquility; how to make peace with our inevitable mortality; how to deal with adversity; how to live a meaningful life and contribute to society; and how to overcome anger, which he described as “a temporary form of insanity.”

Of the three main Roman Stoics, Seneca was the master of human psychology.

The Stoic philosopher Epictetus (55–135 AD) was born into slavery. His name, epictetus, simply means “owned,” and when he was young, his first owner broke his leg, which never fully healed.

Later, Epictetus studied Stoicism in Rome, and when he was freed from slavery he started his own philosophical school, where he taught college-age students.

His surviving works, recorded by a student, include the Discourses (which offers a window into his sometimes blunt teaching style), and the Handbook or Encheiridion, which is a short summary of his key teachings.

What distinguishes Epictetus from the other Roman Stoics was his emphasis on “the dichotomy of control”: fully understanding what is within our control and not within in our control, which provides a foundation for leading a good life that is characterized by psychological equilibrium.

Another emphasis in Epictetus is on “Stoic mindfulness” or attention (prosochē in Greek), which is the kind of awareness and inner questioning Stoics use to avoid making bad judgements, which lead to negative emotions and human suffering.

The final Roman Stoic is perhaps the most famous: the Roman Emperor Marcus Aurelius (121–180 AD), who started studying Stoic philosophy at the tender age of twelve.

Marcus Aurelius is famous for his Meditations. A personal journal not intended for publication, the original title of the work in Greek means “To Myself.” Written at least in part while he was leading a campaign against invading German tribes on the northern boundary of the Roman Empire, the book consists of his personal notes about how to lead a better life, how to view the world in Stoic terms, how to contribute to society, and even how to manage his own anger.

Ever since becoming a bestseller in Victorian times, the Meditations has been very widely read by countless individuals interested in how to lead better, more effective, and deeper lives — and how to respond to life’s ongoing challenges and adversities.

What makes Marcus Aurelius unique, in comparison to Seneca and Epictetus, is his ability to alter our perceptions and judgements about things by consciously shifting the perspective from which we look at them, to a larger or different frame of reference. This is a technique that he uses frequently throughout The Meditations. 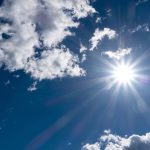 While Stoicism declined after the time of Marcus Aurelius, as Christianity spread, it was rediscovered during the Renaissance, and has influenced a long line of thinkers ever since, including many well-known European philosophers.

In the United States, the Stoics were read by George Washington and Thomas Jefferson (who died with a copy of Seneca’s Letters open on his bedside table). Ralph Waldo Emerson recommended the Stoic writers with enthusiasm to his readers and even emulated the literary style of Seneca in his own writings.

In recent times, hundreds of thousands of readers have rediscovered Stoicism, which is now undergoing a revival, because of the practical advice and techniques it offers to modern people who seek a sense of tranquility and personal control in a world that is often chaotic.

During the past decade or so, a series of popular, introductory books has helped to inspire this revival of interest. These include, in the order of publication:

In addition to these books, an experiment conducted by philosophers and psychotherapists back in 2012, to see if “living like a Stoic for a week” could produce positive, measurable results, resulted in the birth of an organization called Modern Stoicism.

Modern Stoicism now coordinates Stoic events around the world, hosts a well-attended international conference called Stoicon each year, and offers a free, yearly online course, entitled “Live Like a Stoic for a Week” (or “Stoic Week” for short), which has now been taken by close to 30,000 people.

Since Stoicism is a philosophy rooted in rational analysis, and has been likened to a Western form of Buddhism, modern Stoicism appeals to secular humanists, atheists and skeptics, the spiritual but not religious, along with religious people, which explains in part its wide appeal. In other words, the practical techniques of Stoicism have something to offer to a wide range of people, despite their religious or spiritual beliefs, and interest in Stoicism is still expanding rapidly.

David Fideler holds a PhD in philosophy, is the editor of Stoic Insights, and the author of Restoring the Soul of the World and other books. You can read more about his work here. He’s currently writing a guide and introduction to the Stoic thought of Seneca. 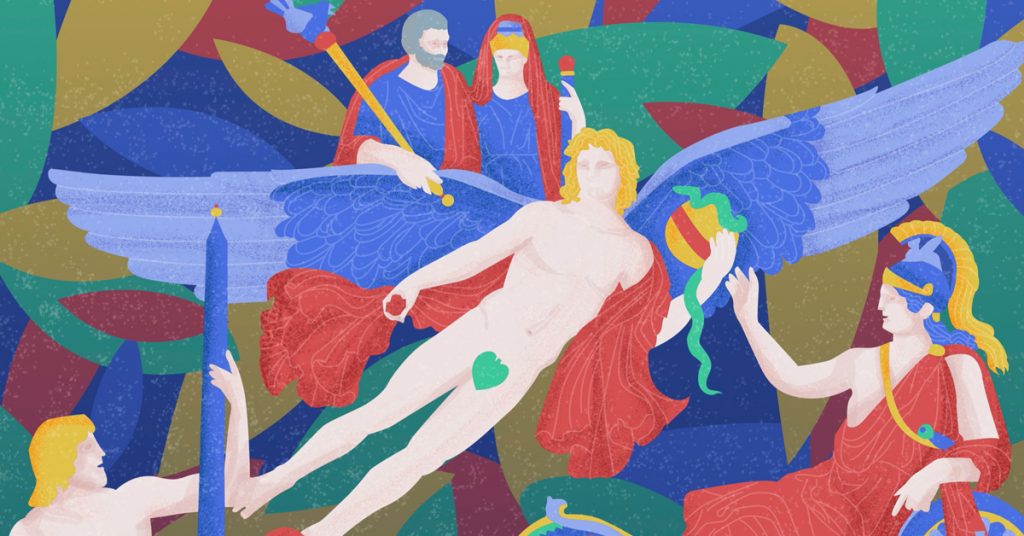 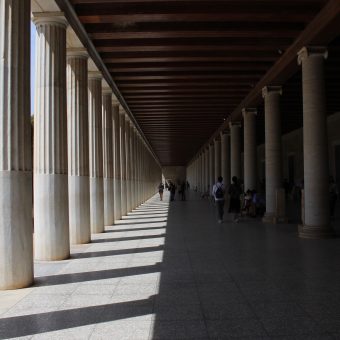 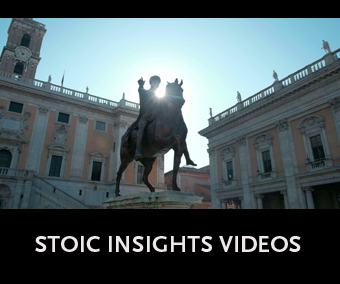